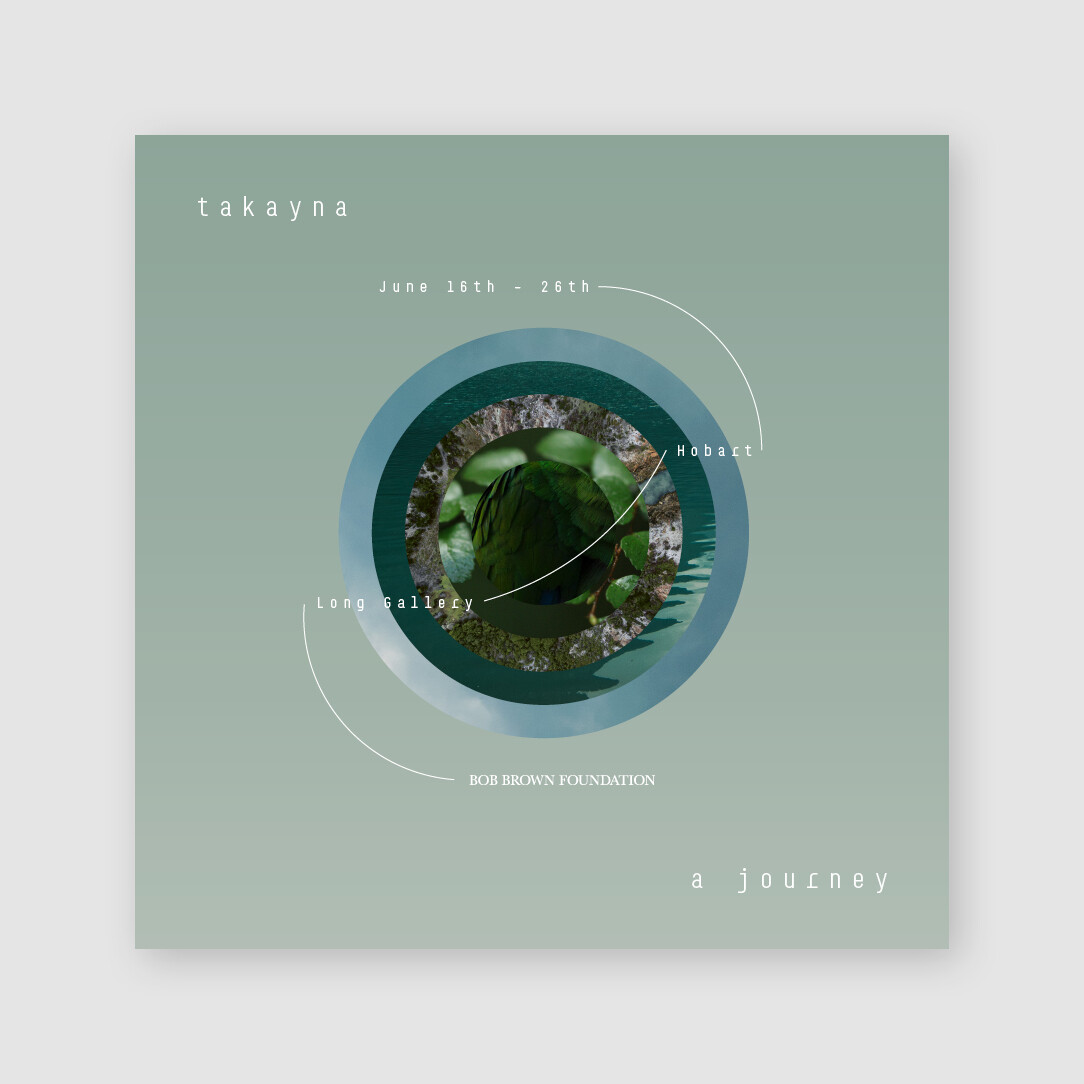 This catalogue showcases the Foundations 2021 exhibition which was held at the Long Gallery in Hobart, Tasmania from June 16th - 26th.

takayna provides a unique window into our planet’s past. Its cool temperate rainforests were once widespread across Gondwana.

Globally significant natural values include these ancient rainforests, some of the best-preserved plant fossil sites in the world – dating back 65 million years – and rare magnesite karst systems.

takayna remains a stronghold for Earth’s largest living marsupial carnivore, the Tasmanian Devil. It is also prime habitat for Wedge-tailed Eagles, Masked Owls, White Goshawks, quolls, wombats and platypuses and the world’s biggest freshwater invertebrate, Astacopsis gouldi, the Giant Tasmanian Freshwater Crayfish, which can grow to be one metre and six kilograms.

Yet, industrial-scale resource extraction and the climate crisis mean that the threats facing takayna are greater than ever.

Ancient rainforests and wildlife-rich eucalyptus forests are being logged and clearfelled for woodchips and then burnt with a napalm-like substance that aggravates climate change and pollutes the air.

Off-road vehicles are causing irreversible damage to the Aboriginal cultural landscape that has existed for more than 40,000 years. These vehicles are vandalising vast areas of middens and other irreplaceable sites.

Drilling at Mt Lindsay, iron ore mining at Riley Creek and the proposed tailings dam in the Pieman rainforests mean the clock is ticking for takayna.

Despite all this, over 90% of takayna’s natural values remain largely intact.

Something truly worth defending.

Governments’ failure to protect World Heritage value rainforests and endangered species habitat is being met, head-on, by our unrelenting campaigns and direct actions.

This exhibition will take you on a journey into takayna. We hope it might lead you into the forests, along the coast or up the rivers where you can join us in peacefully, but defiantly, defending one of Earth’s last wild places.

Save this product for later
Display prices in: AUD